WELCOME TO THE PARTY, PAL! 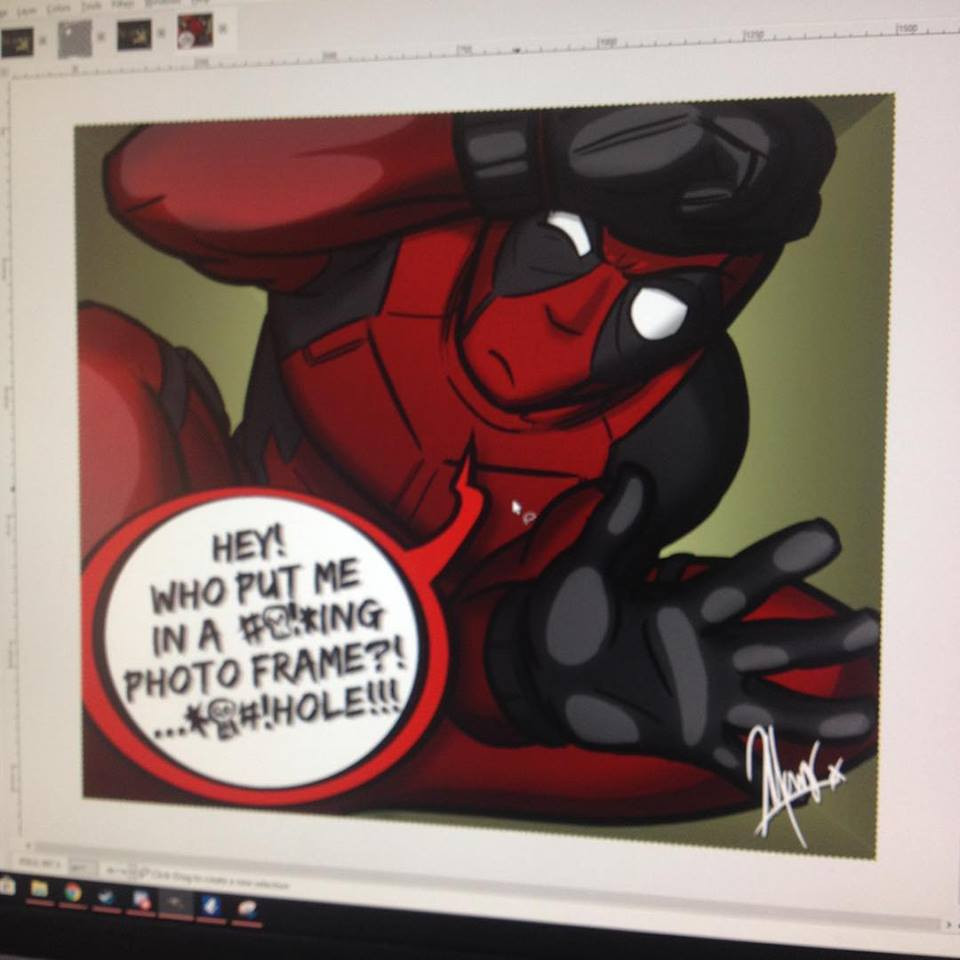 So a friend saw some of my other pieces, and decided he wanted a pic of Deadpool. I like Deadpool, despite his oversaturation, and some tales where he’s put in the hands of inept comedy writers who boil it down to memes and random catchphrases. Anyway, he said he would give me some ideas of what he wanted later… but… ADD… I got an idea, drew it, coloured it, showed him it, he loved it, he wanted it – job done! Just in time for time for Deadpool 2 too.

Masters Of The Universe 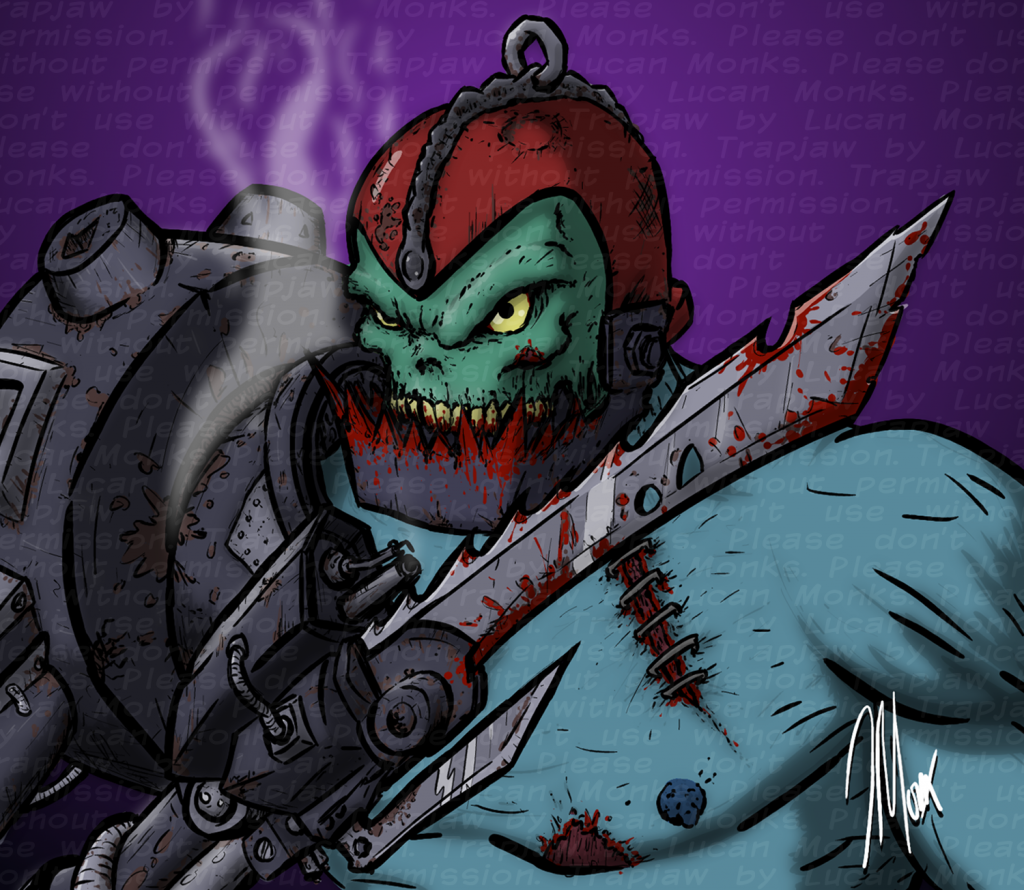 Whilst, as a kid, I always wanted Transformers, but my childhood was mainly filled with Masters Of The Universe. Every Xmas and birthday I added a few more figures to my collection thanks to generous donations of a working class family that could barely afford the presents I got in stupendous amounts. Skip to several years later, long after I had left these toys behind, I got a craving to try and recreate my childhood toys in a more adult, darker style. More below…. 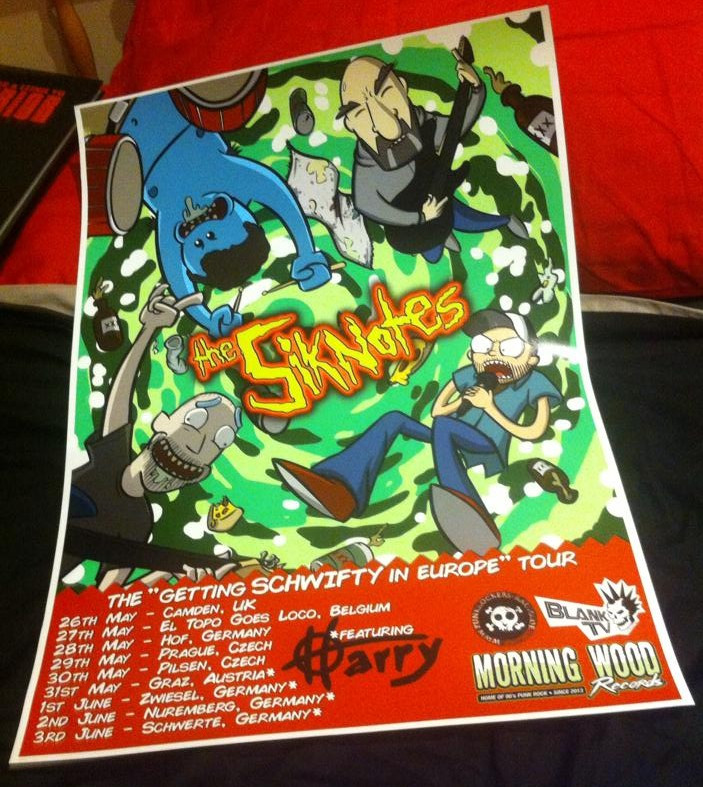 So every now and again, I get a message from an old friend who starts with “Hey, you can draw, can’t you?”

Well, I used to hang about with a bunch of guys who used to be in a punk band back in college, and whilst my own musical ventures haven’t come to much, and usually fizzled out after a few gigs (albeit awesome gigs), these guys have kept going and have been decently successful… 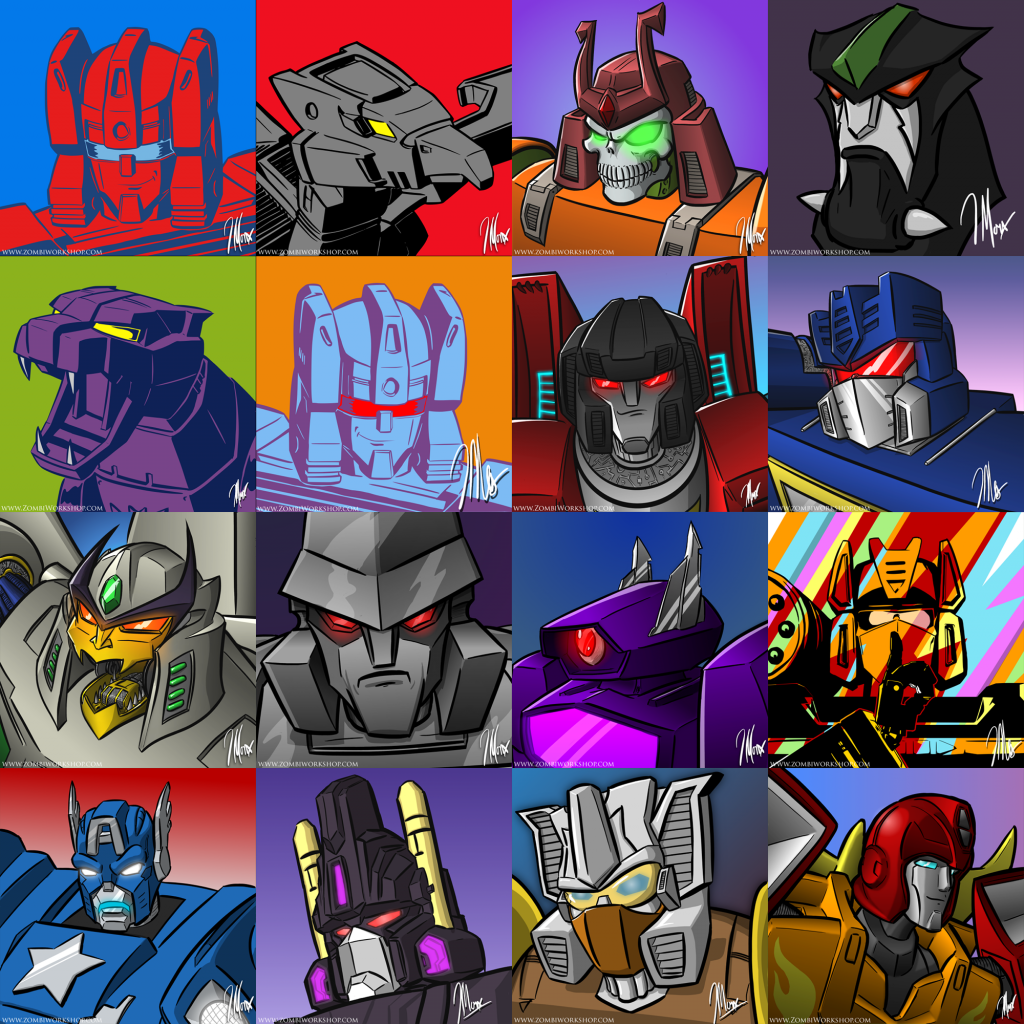 So, if you know me, you know I’m all about the ‘bots. Well, mainly those that Transform… and as such, I tend to try and draw my favorites. Shortly after that, people would want me to draw their favorite figures and such… so I started a bit of a collection. I still do these when I can, and obviously I can’t turn down any commissioned pieces, which is how the collection has grown. Check out the framed pics below…. oh, and contact me if you want one doing.

Return Of The Rocketman – Profile Pics

I was approached by the ever-friendly ManMouseGames who wanted me to redesign his logo, and come up with a few emotes for him. After a short chat about what sort of style he was looking for, the colours he liked, and the emotes he’d be most likely to use, here’s what came out of it.

The lovely and charismatic @Capt_Flint was looking to give his Twitch site a nicely polished themed look, and knowing that I can “scribble” gave me a call. After we chatted, he already had an idea of what he wanted, and just needed me to expand and get it done. So I did. Results below;

During the final section of the course, I chose to do an internship at Raketspel, a mobile-based games company here in Sweden. Whilst there I was placed within a group of interns and given our own project. The theme was already decided as a carnival based multi-player mini-game collection, but within those boundaries we were allowed a lot of freedom to come up with what we want, prototype and present/pitch them during meetings. We did this all within Unity and scripting in C#. I also did voice acting as the feedback character for the game.

Hi, my name's Lucan Monks - all around creative guy.

I create pencil art, ambigrams, games, music, comics, and anything else I feel like doing at the time. Though my main focus at the moment is games design.

I used to make 2D Windows games under the name of ZombiWorkshop and am studying at Future Games Academy in Sweden trying to basically improve that and make the leap from 2D to 3D... as well as get some scripting experience too.

The dream is to one day do this for a living, either by working for a games company or taking the plunge and setting up my own. Who knows?

No tweets to display