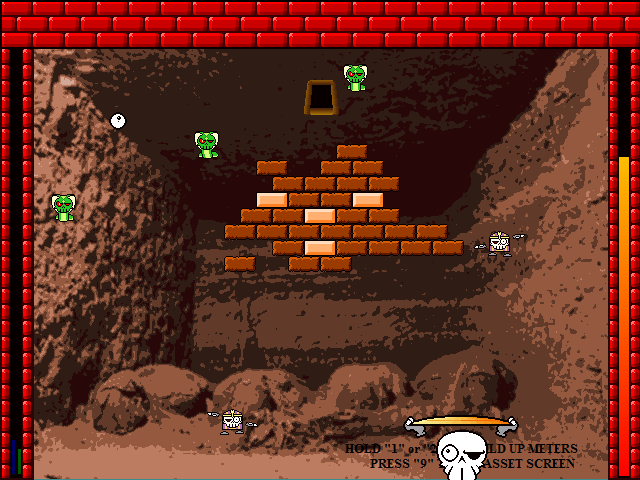 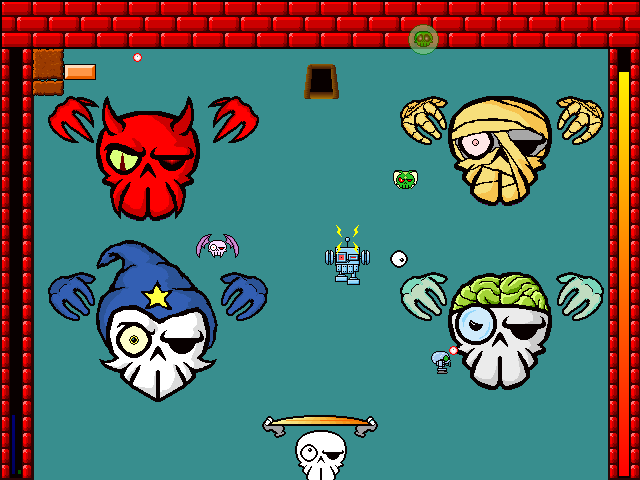 After making several posts and featuring the Zombi character on my website and in games, I decided to make a game centered around him. Originally it was to be a Dizzy style game, but I wanted something with a little more action and instead came up with the idea of a traditional bat-n-ball game where each room has a different element to them… oh, and enemies too – why not?

Thus I came up with lots of Zombi puns to come up with characters (Zombat, Zombot, Wizombi, etc) and sorted them into settings, wrote a story around them and started testing the mechanics. I also came up with a different power-up system that basically charges the more you hit certain objects – so as to avoid the “last brick” syndrome. If the ball hits the shield and walls a lot, eventually the shield will let out a burst of energy, destroying anything it touches. If you hit a lot of enemies and bricks, the ball becomes super charged and can destroy things instantly.

I jotted down some ideas for certain level layouts, but didn’t want to progress any further until I’ve truly designed everything I needed, perhaps with a little help. Unfortunately I’ve since moved onto other projects, but hopefully this will be revived and finished at some point soon.