The lovely and charismatic @Capt_Flint was looking to give his Twitch site a nicely polished themed look, and knowing that I can “scribble” gave me a call. After we chatted, he already had an idea of what he wanted, and just needed me to expand and get it done. So I did. Results below;

The new logo. The CapN required a skull and crossbones with a beard on it, wearing a headset – also kind of wanting it to feel Monkey Island influenced. After a few concept designs this is what I came up with. It is now used as the channels’ main logo, and with a little adjusting I made it print ready for the channel’s official t-shirts. Also, during the xmas period – with some slight editing, made a festive version;

When the channel reached the checkpoint of 2000 followers, the CapN commissioned another piece for a celebratory t-shirt. This time to show “The Good Ship Narwhal”. Knowing what we had discussed previously, I was able to quickly come up with the below design; 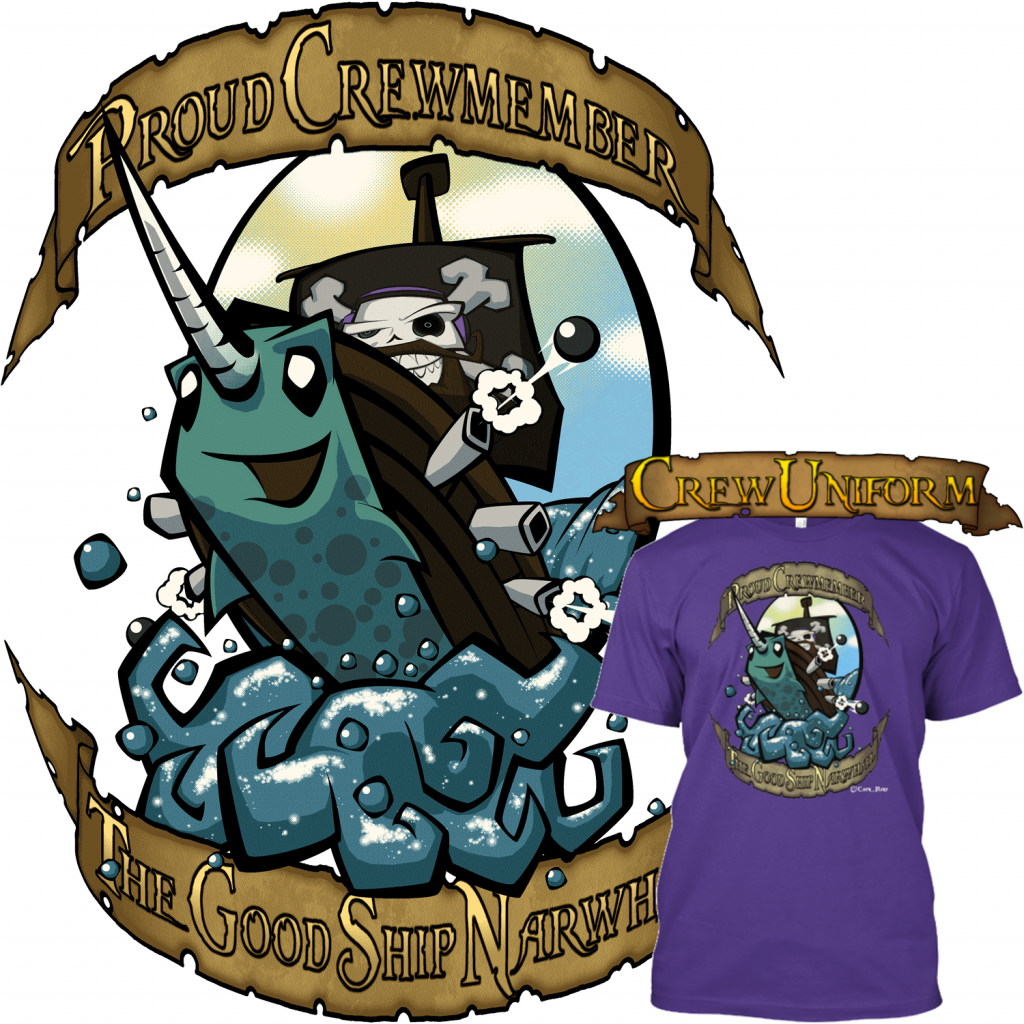 There was a little difficulty with this piece due to the restrictive number of colors whilst printing. As such, I sacrificed the usual color in the banners and opted for a more weathered tone, so the actual ship colors could stay bright. (I had previously designed and created the banners as part of the channel overhaul). The final thing needed to complete the channel overhaul was a selection of emoticons… 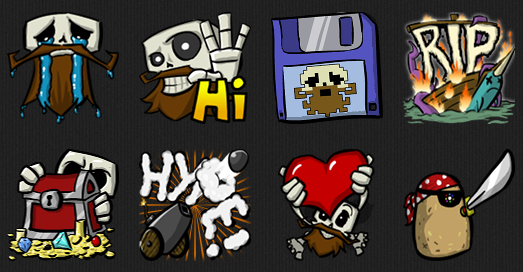 Creating the emoticons proved to be more of a challenge than expected due to the way the image would need to be seen on both a dark and a light background, as well as in various sizes. Sometimes details would be lost at the smallest size and working out the thickness of text was a bit of a pain. None-the-less, the CapN was happy with the final results and when visiting the channel, the chat room can often be seen flooded with them. As I have earnt the CapN’s trust with a lot of his work, I have since become sort of an unofficial member of their team and handle almost all of the artwork needed on the channel.

If you would like to see the artwork in action, please visit the CapN’s channel here : https://www.twitch.tv/capn_flint